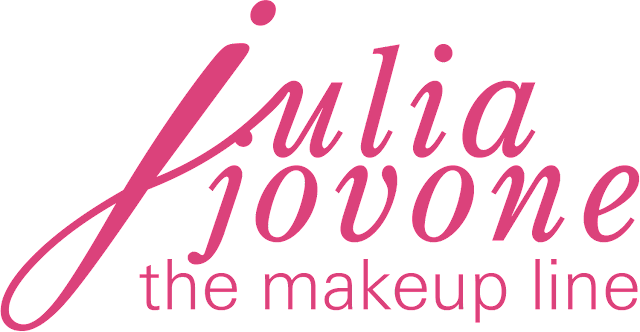 Julia Jovone - beauty boutique was established in 2010 & is the brainchild of Professional, Celebrity & Emmy Award Winning Makeup Artist Julia Jovone Davis who has been perfecting her craft of learning, applying & dedicating her passion to the life of Makeup Artistry for close to 12 years.
What makes Julia Jovone - The Makeup Line unique is that it actually holds the knowledge of skin care, the insight of beauty & the concentration of not just a Professional Makeup Artist who knows her craft with confidence, but the care of Julia Davis, who believes that Makeup Cosmetics should be an important & connective part of your daily skincare ritual. In other words, she wears what she believes in, Julia Jovone, she believes that you have a Makeup Artist inside of you!
Inside of Julia Jovone, beautiful eyes & lips, each product of Lip Gloss, Lip Stick & Eye Shadows has the personal approval & care of how you look stamp on it, from no other than the founder Juila Davis, not a group of hired to handle "testing products".
At Julia Jovone - The Makeup Line, the beauty in you is personal & worthy of its founder, Julia Davis staying up all night or awakening early in the morning to check the chemistry of color blending, new & unique looks, healthy & enhancing makeup, so that you, the consumer has the strongest & sincerest confidence in not just Julia Jovone, but its founder Julia Davis. Our company's mission is not just to sell you Makeup Cosmetics, but to make you a beautiful new friend of our Makeup Line, Julia Jovone.
Julia Jovone "Kiss N Tell" CreamSheen Lipstick with spf 15 is featured in InStyle Makeover Magazine Fall 2011 Issue. 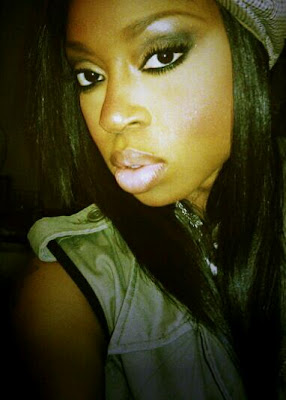 Julia Davis is an accomplished 2009 Emmy Award Winning Celebrity Makeup Artist. She has worked on several different Television, Motion Picture Films & Music Video projects, as well as projects involving the print and fashion industries.
Born & Raised in Chicago, IL currently living in New York City. Moving to the Big Apple with only her faith and dreams of becoming a Professional Makeup Artist.,
not knowing anything about what the HUGE city would bring her, she stepped out on her Faith and it has been a beautiful ride.
She has worked on the Abc Daytime Show "One Life to Live" for 6 years Winning an Emmy For Outstanding Achievement in Makeup For a Drama Series. As well as being Nominated again for yet another Emmy for One Life to Live 2011.
Each episode of a Soap Opera encompasses a multitude of tasks. Soap Operas are shot year round and air five days a week, fifty-two weeks a year. Therefore, she as an artist, are asked to perform many varying and challenging tasks within a short amount of time.
Her diverse background and experience on One Life To Live, as well as other Productions, has allowed Julia to develop her multi-tasking and time management skills, and has given her the opportunity to work and maintain relationships with many different personalities. It has also created her unique style accredited only to Julia and her artistic talent.
She has the innate ability to bring out the Natural Beauty from within from All of  her subjects, No matter the gender, ethnicity or character portrayal.
A few of her experiences to name; Law & Order SVU, One Life to Live, Good Morning America, Abc World News, Lee Daniels "Precious" (including a small role), Extra Man starring Katie Holmes & Kevin Kline, Dick Clark's Rockin Eve for Lionel Ritchie, Melissa Rycroft, Jennifer Lopez Back up Dancers & Hot Chelle Rae Band as well as VIBE Magazine, OK! Magazine & MoniQue Show for Tika Sumpter & Many more.
Our Products are Paraben Free with NO ANIMAL TESTING
Julia Davis
Emmy Award Winning Makeup Artist / Ceo
Julia Jovone ~ The Makeup Line
Business 718.502.9480
www.JULIAJOVONE.com
www.JSOULMAKEUP.com
juliajovone@gmail.com
Posted by THE NEW YORK FAME FASHION WEEK at 4:19 PM