BACK BY POPULAR DEMAND "DIVA DAVANNA" WALKS THE RUNWAY FOR THE "ESTRADA" AT FAME ROCKS FASHION WEEK 2012
Diva Davanna : 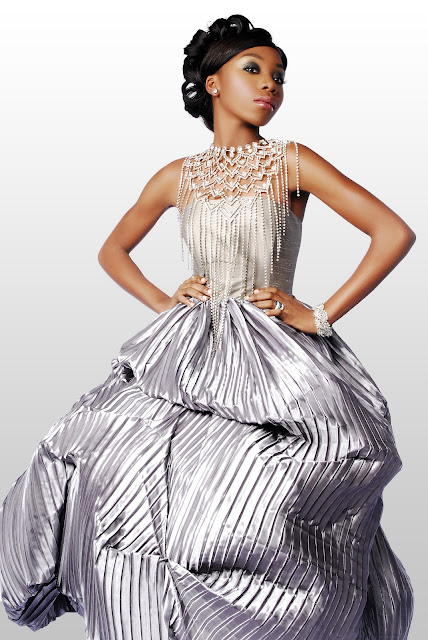 Biography:
Diva Davanna is a consummate professional when it comes to runway and has become a public
figure in the fashion community both nationally and internationally through syndication of her
appearances and the power of social networking. Most notably, for her appearances on “The
Tyra Show” & “America’s Next Top Model Cycle 13”, she was also an invited audience guest to
two tapings of Bravo’s The Fashion Show” with hosts Isaac Mizrahi & Super Model Iman as well
as a featured story on My9 News Network, with having walked in hundreds of couture & high
pro-file fashion shows worldwide this has gained immense notoriety and solidified
Diva Davanna’s name in house-holds around the world.
Tyra Banks stated on her nationally syndicated television show that “Davanna is way fiercer
than any other runway model we have ever seen”. Therefore she continues to receive millions
of hits on both her website www.divadavanna.com and YouTube site where she releases videos
frequently for all her millions of fans to see.
Diva Davanna lives for high profile fashion and has appeared at visible fashion events such As
(IMTA) Intern’L Model & Talent Assoc. a/Tribute to Alexander McQueen(New York City), Little
Rocks Fashion week (Arkansas), Couture Fashion week (Waldorf Astoria/NY), The New York
F.A.M.E fashion event (Metropolitan Pavilion), Latino Fashion week (Chicago IL.), Virgin Island
Fashion week (the Virgin Islands), Baltimore Fashion week(Baltimore), Bronner Bros.
event(ATL), NY & NJ Fashion weeks, Caribbean Fashion week, just to name a few.
Diva Davanna has a fan base that spans the globe and has become an idol and role model for
thousands of children, middle aged girls, and even women who log in daily to interact with
Davanna through her social network sites for modeling tips & advice.
Diva Davanna’s passion to walk the runway will continue to inspire young girls and women
everywhere.
Posted by THE NEW YORK FAME FASHION WEEK at 12:38 PM