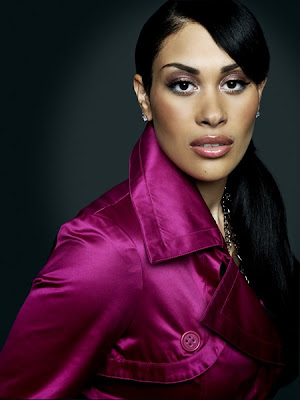 THE NEW YORK FAME is happy to announce KEKE WYATT as our host for "FAME ROCKS FASHION WEEK 2012". Coming from  a musical background KEKE WYATT is perfect fit for this event showcasing our emerging talent.  Keke Wyatt’s third album UNBELIEVABLE! at last captures the full range of her talent, as she is joined by special guest vocalists Ruben Studdard, Kelly Price and Tweet. Shanachie Entertainment will release the album on June 14, 2011.


The title UNBELIEVABLE! may refer to several things—disbelief that life could be so sweet after so much struggle; amazement people feel when experiencing the stunning power of Keke’s vocalizing; or even disbelief that the media-fueled image of “wild” Keke Wyatt is not credible once you meet the real person behind the image—a hard-working mother of four children who speaks directly from her heart. One of the new songs on the album, “Light Me Up,” sets the tone, an upbeat celebration of the transforming power of new love. “This album has more songs that were thought out and sought out," Keke relates. “It expresses more where I am in my life now as far as relationships and music are concerned." Featuring production from such hit-making producers as Shep Crawford (Tamia, Kelly Price), JR Hutson (Jill Scott, Musiq Soulchild), Steve Morales and Jesus Bobe (Lyfe Jennings) as well as hot up-and-coming producers Ryan Pate and Oliver Gabriel of Satellite Music Group and Dante "Inferno" Jackson, the album touches many bases—love, sex, abuse and spirituality. “Enough,” for instance, tells the tale of a woman reaching a point in which she decides she will endure no more. “Mirror,” is a musical three-way between Keke, Kelly Price and Tweet, offers the perspective of three women looking at themselves honestly in the context of bad relationships.


In 2004, the songstress signed to Cash Money Records. Her first single for the company, “Put Your Hands On Me,” became the #1 most added urban track on the radio in April 2005. However the single didn’t hit and her album was shelved. After being released from Cash Money, Keke signed with TVT Records in 2006 and recorded the GHETTO ROSE album. The title track was released as a single and began picking up airplay but TVT suddenly declared bankruptcy before the album could be released. Keke then licked her wounds and used the time off to write, act, and devote time to family. The release of her second album WHO KNEW? by Shanachie in 2010 marked her return to the spotlight, with the title track single garnering urban airplay and a haunting version of Rachelle Ferrell’s “Peace On Earth” receiving acclaim. Now, with the release of UNBELIEVABLE!, the years of “hurry up and wait” are over. Keke concludes, "I'm aiming at what all artists want to do, aiming to be at the top of the charts, being in front of everyone's eyes, performing at the Grammys, it's all good!”
Source: http://www.kekewyattsings.com/
Posted by THE NEW YORK FAME FASHION WEEK at 4:54 PM