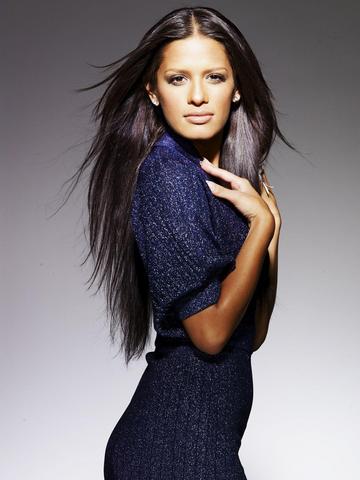 Born in Honduras, Rocsi was raised in New Orleans where she developed a love for music at a very young age. Rocsi made her debut as a radio host in Dallas at 97.9 The Beat. Rocsi’s signature style caught the attention of Boston’s Hot 97.7, who quickly moved her east. From there, she moved to Chicago where she became known as “The Midday Mami” on the market’s top urban station, Power 92. While in Chicago interviewing the hottest artists in the music industry, Rocsi entered BET’s “New Faces”
contest on a whim. She was ecstatic to receive the call telling her she had won the national competition; beating out thousands of other hopeful entries.

Since 2006, Rocsi has co-anchored (with Terrence J) 106 & Park, BET’s flagship show. Seen in 85 million households across the globe in countries including the UK, Japan and Africa; the show is one of television’s most influential programs with the ability to open a film or make an album reach #1. Rocsi also continues to nourish her love for radio as the host of BET’s nationally syndicated

In addition to her hosting duties, Rocsi is a tireless supporter of numerous charities including her own RocStar Foundation, which raises money to build and refurbish schools devastated by
Hurricane Katrina in her native New Orleans.
Rocsi resides in New Jersey. She is represented in all areas by ICM and Untitled Entertainment.
Contact: Van Johnson, Untitled Entertainment – (310) 601-2328

Posted by THE NEW YORK FAME FASHION WEEK at 2:04 PM